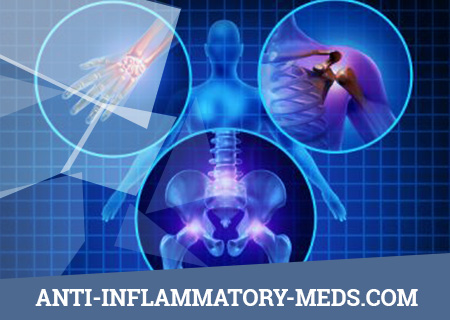 Treatment only for joint damage – the most striking and most disturbing patient manifestation of the disease, does not produce results and contributes to the protracted and chronic course of the disease. The use of penicillin and cephalosporins leads to the same. Simultaneous treatment of the patient and his sexual partner should be carried out.

Therapeutic measures in the treatment of Reiter’s disease can be divided into two main areas:

In the treatment of the urethrogenic form of Reiter’s disease, antibiotic therapy is carried out in maximum daily doses for a long time (within 4-6 weeks). In the beginning, infusion methods of drug administration are mainly used. It is advisable to use consistently 2-3 antibiotics of different pharmacological groups for 15-20 days each.

Antibiotics used in the treatment of chlamydial and mycoplasma infections in Reiter’s disease include drugs of three pharmacological groups: tetracyclines, fluoroquinolones and macrolides.

Of the drugs of the first group, doxycycline for intravenous use and the oral form of doxycycline – doxycycline monohydrate, which is relatively well tolerated with prolonged use, are most preferred. Drugs are prescribed in a dose of 200-300 mg per day for 2-3 weeks. The advantage of doxycycline is their high anti-chlamydial activity and affinity for bone tissue. In addition, doxycycline inhibits collagenase activity, inhibits the formation of superoxide radicals and reduces the intensity of cellular immunity, i.e., acts pathogenetically.

Antibiotics from the fluoroquinolone group have a unique mechanism of action based on the inhibition of the enzyme responsible for the growth and division of a bacterial cell. Ciprofloxacin is prescribed in a daily dosage of 0.75-1.0 g, ofloxacin – 0.4-0.8 g, lomefloxacin – 0.4-0.8 g. The disadvantages of the drugs are high toxicity, relatively short duration of use (2 weeks) and age restrictions when prescribing drugs.

In our opinion, macrolide antibiotics are of the greatest importance in the etiotropic therapy of Reiter’s disease. Macrolides have a high bioavailability and rapid increase in high intracellular concentration, which determines their good effect in the treatment of intracellular infections. Compared to tetracyclines and fluoroquinolones, macrolides have the best tolerance indicators, which allows them to be used with a minimum risk for a long course of treatment. In the treatment of BR, macrolides are prescribed in maximum dosages: erythromycin – 1.5-2 g per day, josamycin – 1.0-1.5 g, azithromycin – 0.5-1.0 g, clarithromycin – 0.5-0, 75 g, roxithromycin – 0.3-0.45 g per day.

In order to correct the immune status, immunomodulators (thymogen, thymalin), interferon inducers (cycloferon, neovir), adaptogens, as well as ultraviolet irradiation of blood, intravenous and supravenous quantum therapy are prescribed.
To improve the penetration of the antibiotic into the area of ​​inflammation, proteolytic enzymes (chymotrypsin, trypsin, wobenzym) are used.
In parallel with the course of antibiotic therapy, antifungal drugs, hepatoprotectors and multivitamins are prescribed.

In a severe attack with severe intoxication, high body temperature and III degree of inflammatory activity, desensitizing (antihistamines) and detoxification therapy are carried out: reopoliglyukin 400 ml, reosorbylact 400 ml, heparin 10 000 IU in 100 ml of 5% glucose solution. The drugs are administered intravenously drip 2 times a week, for the course – 3-5 injections. The use of detoxification therapy has pathogenetic significance, since, improving the rheological properties of blood by normalizing the proteolysis system of the calicreinkinin system, it positively affects the course of the inflammatory process.

To suppress the inflammatory activity of the joint process, the following groups of drugs are used: non-steroidal anti-inflammatory drugs (NSAIDs), corticosteroids, basic drugs and cytostatics.

From the group of NSAIDs, it is preferable to prescribe drugs with a predominant inhibitory effect on cyclooxygenase-2 (COX-2): meloxicam, nimesulide, celecoxib, rofecoxib. This significantly reduces the incidence of side effects from the digestive tract. With a significant severity of the inflammatory process, especially in the acute stage, injection forms of diclofenac sodium and meloxicam are used. Considering that patients with Reiter’s disease take NSAIDs for a long time, it is recommended to change drugs every 10 days to overcome possible resistance to them. In addition to the predominant COX-2 inhibitors, other NSAID drugs are also used: diclofenac, ketoprofen, naproxen, piroxicam, acetylsalicylic acid, etc.

Glucocorticosteroids can be prescribed in the acute stage and phase of exacerbation of Reiter’s disease with a high (III) degree of activity of the inflammatory process. The introduction of these drugs is recommended to start with relatively high doses intramuscularly – 60-90 mg per day of prednisolone, 6-8 mg of betamethasone phosphate, 48-62 mg of methylprednisolone, possibly with a relatively rapid decrease in the daily dosage, stopping their intake after 1-2 months and transition to NSAIDs. When carrying out this treatment, it is necessary to take into account all possible contraindications to the appointment of corticosteroids, which, according to our observations, quickly stop the inflammatory process and prevent relapse of the disease. In the case of severe acute or relapse of the chronic form of Reiter’s disease, it is possible to carry out pulse therapy with methylprednisolone for 3-5 days.

With a decrease in the dose of corticosteroids or NSAIDs in order to suppress the immunological reactions inherent in Reiter’s disease, as well as in the subacute and chronic course of the disease with slow normalization of hematological parameters, sulfasalazine is prescribed in a daily dose of 1.5-2.0 g, delagil – 250 mg, D-penicillamine – 250 mg for 10-12 weeks. When using these methods of treatment, it is necessary to conduct a weekly clinical study of blood (control of the level of leukocytes, ESR) and urine, consultation with an ophthalmologist (condition of the fundus), and a biochemical blood test 2 times a month.
If the effect of the above therapy is insufficient, especially in the presence of severe articular, common skin and nail lesions, resort to the appointment of methotrexate 2.5-7.5 mg intramuscularly once every 7 days, for a course of 3-4 injections. If necessary, methotrexate is combined with GCS and NSAIDs. Before each injection, a control of the level of leukocytes and platelets in the blood and a urine test are performed to identify possible proteinuria.

With established violations of calcium metabolism, prophylactic drugs are used to prevent and treat osteoporosis.
Currently, an important role in the pathogenesis of BR is given to the imbalance of pro-inflammatory and anti-inflammatory cytokines. As shown in our studies, in cases of SD in the synovial fluid and peripheral blood monocytes, an excess of macrophage-derived cytokines (tumor necrosis factor alpha (TNF-α), interleukins (IL-1β, IL-6) is produced with reduced secretion of T-cell cytokines ( IL-4, γ-interferon) According to modern concepts, it is the cytotoxic effects of pro-inflammatory cytokines, and especially TNF-α, that cause the main manifestations of the disease, including chronic synovitis.

TNF-α and other pro-inflammatory cytokines are the main factors in the transformation of acute into chronic inflammation with the development of irreversible processes of disorganization of the joint structures. It is quite natural that macrophage cells and TNF-α produced by them attracted the close attention of researchers as possible objects of drug exposure, because by inhibiting the synthesis or inactivation of pro-inflammatory cytokines, the development of the pathological process can be significantly inhibited.

All of the above created theoretical prerequisites for the use of pentoxifylline in the treatment of Reiter’s disease, the therapeutic effect of which is due to its ability to block the production of TNF-α. Also, the drug has a wide range of biological activity and is able to correct microcirculation disorders in the affected joints. It is known that microcirculatory disturbance is one of the important factors in the pathogenesis of Reiter’s disease, and the microvasculature is essentially a target organ in which contact with a damaging agent occurs and inflammatory, immune and metabolic mechanisms of the development of the pathological process are realized. Pentoxifylline is prescribed 100 mg 3 times a day for 4-8 weeks.

As the acute process is stopped, physiotherapy is prescribed for the affected joints: phonophoresis of proteolytic enzymes, chondroprotectors and GCS, diathermy, UHF, magnetic field, infrared and red laser.

In case of significant articular effusion in acute and chronic relapsing Reiter’s disease, diagnostic and puncture of the affected joints is carried out with the evacuation of synovial fluid and the subsequent administration of a prolonged action of GCS into the joint cavity (depot-medrol, diprospan). Locally applied warming compresses with 25% dimethyl sulfoxide and ointments of analgesic and anti-inflammatory effects.

Along with the treatment of the underlying disease, other extragenital inflammatory foci are treated (sinusitis, cholecystitis, respiratory diseases, etc.), which can lead to exacerbation of Reiter’s disease.

The most important point of application in the treatment of Reiter’s disease is, along with the treatment of extragenital pathology, the rehabilitation of inflammatory foci in the urogenital organs, especially chronic inflammation of the prostate gland.

If necessary, sedatives and “small” tranquilizers are prescribed. Throughout the entire course of treatment, patients should undergo psychotherapy with a focus on recovery. With short temper, irritability, anxiety, which are part of the structure of asthenic syndrome, soft sedatives are used (tincture of motherwort, valerian, peony, as well as perse, sedasa). In depressive disorders, the administration of antidepressant drugs is effective, mainly from the group of serotonin reuptake inhibitors (fluoxetine), as well as sedatives (hydazepam, mebicar). In anxiety-phobic syndrome, sedatives are effectively combined with tricyclic antidepressants (amitriptyline), mainly in low doses (30-50 mg per day). In case of sleep disturbances, general electrophoresis of bromine salt with galvanization according to the orbital-occipital technique, electrosleep are prescribed.

Physiotherapy exercises are prescribed at the earliest stages of the disease, and its volume gradually increases as the inflammatory process in the joints subsides. With muscle atrophy, a therapeutic massage is performed. Subsequently, patients are recommended spa treatment (radon, hydrogen sulfide baths, mud therapy).

The defeat of the organs of vision in Reiter’s disease requires the obligatory consultative and medical help of an ophthalmologist. In conjunctivitis, antibiotic applications (tetracycline, erythromycin ointment) are prescribed 4 times a day for 2-4 weeks. With more serious complications (uveitis, keratitis, etc.), both local and general administration of GCS, immunomodulators, and physiotherapy are indicated.

Treatment of lesions of the skin and mucous membranes is carried out in accordance with the basic principles of treatment of skin diseases. With keratoderma, keratolytic ointments are used, with psoriasiform rash and xerotic balanitis, GCS are prescribed in the form of an ointment, with cirrhic balanitis – baths, with aphthous stomatitis – rinsing the mouth with disinfectant solutions.