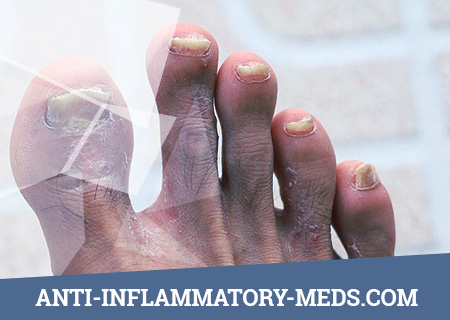 What is Reiter’s Syndrome (Disease)?

Reiter’s syndrome (illness) is a combined lesion of the genitourinary organs (usually in the form of nonspecific urethroprostatitis), joints (reactive oligo or monoarthritis) and the eye (conjunctivitis), developing simultaneously or sequentially.

Reiter’s disease (Reiter’s syndrome) occurs when people have a chlamydial infection with a genetic predisposition. A major role in the development of Reiter’s disease is played by disorders in the immune system that have arisen in connection with the formation of a focus of chronic chlamydial inflammation. Men get sick 20 times more often than women.

The most common causative agent of the disease is the gram-negative bacterium Chlamydia trachomatis. Chlamydiae are obligate intracellular parasites with sizes of 250-300 nm. Under adverse conditions (exposure to antibiotics, chemotherapeutic drugs, etc.), chlamydia can transform into L-forms, which have the least ability to antigenically stimulate immunocompetent cells and are capable of prolonged intracellular parasitization. All this contributes to the chronic course of infection. This is the most common sexually transmitted infection and is the cause of non-gonococcal urethritis in men in 60% of cases. Chlamydial urethritis has a relapsing or chronic course. In women, chlamydia cause chronic cervicitis, salpingitis, adnexitis, cystitis. Women suffering from these diseases are carriers of chlamydia, but they themselves rarely suffer from urogenic arthritis.

Chlamydia trachomatis is sexually and non-sexually transmitted (domestic infection) and is found intracellularly in the epithelium of the urethra, conjunctiva and cytoplasm of synovial cells.

Reiter’s syndrome can be caused by Shigella, Salmonella, Yersinia and develop after suffering enterocolitis. Some experts point out that ureoplasma can cause Reiter’s disease. The hereditary predisposition matters, the marker of which is the HLA histocompatibility antigen – B27 (In 75-95% of patients).

During sexual infection in the genitourinary organs (urethra, prostate, cervical canal of the uterus), a focus of inflammation develops, from where chlamydia spread to various tissues, including articular. Then an autoallergy develops, on the severity of which the nature of the course of the disease depends.

There are 2 stages of the disease: the first is infectious, characterized by the presence of chlamydia in the urethra; the second is immunopathological, accompanied by the development of immunocomplex pathology with lesions of the synovia of the joints and conjunctiva.

Other microorganisms can cause urethro-oculo-synovial syndrome – yersinia, salmonella, shigella. It is proposed to distinguish two forms of the disease: sporadic (Reiter’s disease) (venereal infection precedes clinical manifestations, and the etiological factor is detected in 65-70% of patients) and epidemic or postenterocolitic (arthritis, urethritis, conjunctivitis is preceded by enterocolitis of various nature – dysenteric, yersiniosis, salmonellosis undifferentiated). Some authors call the post-enterocolitic form Reiter’s syndrome.

It is assumed that chlamydia, shigella, salmonella, yersinia, ureaplasma have certain antigenic structures that cause a peculiar immune response in the form of an urethro-oculo-synovial syndrome in genetically predisposed individuals.

With a disease duration of up to 6 months, it is defined as an acute course, up to 1 year – protracted, more than 1 year – chronic.

Mostly young men aged 20-40 years (80% of cases) fall ill, less often – women, extremely rarely – children. The onset of the disease is most often manifested by lesions of the genitourinary organs (urethritis, cystitis, prostatitis) a few days (sometimes a month) after sexual infection or transferred enterocolitis. Urethritis is manifested by unpleasant sensations during urination, burning, itching, hyperemia around the external opening of the urethra, and scanty discharge from the urethra and vagina. Discharge is usually mucous. It should be noted that urethritis is not extremely pronounced, as, for example, with gonorrhea and can be manifested only by small mucopurulent discharge from the urethra or only dysuria in the morning. Perhaps even the absence of dysuric phenomena. In 30% of men, urogenital chlamydia is asymptomatic. Such patients often have only initial leukocyturia or an increase in the number of leukocytes in a Gram-stained smear taken from a tampon inserted to a depth of 1-2 cm into the front of the urethra.

The leading sign of the disease is joint damage, which develops after 1-1.5 months. after acute urogenital infection or its exacerbation. The most characteristic asymmetric arthritis involving the joints of the lower extremities – knee, ankle, metatarsophalangeal, interphalangeal. Joint pain intensifies at night and in the morning, the skin above them is hyperemic, and effusion appears. Characteristic is the “ladder” (from bottom to top) sequential involvement of the joints in a few days. It is for urogenic arthritis (Reiter’s disease) that periarticular edema of the whole finger and sausage-like finger configuration with bluish-crimson skin color, as well as pseudogout symptoms involving the joints of the big toe, are pathognomonic.

Quite often there is inflammation of the Achilles tendon, bursitis in the heel area, which is manifested by severe heel pain. Perhaps the rapid development of heel spurs.

Some patients may develop pain in the spine and develop sarcoileitis.

More than 50% of patients have a complete disappearance of articular symptoms, 30% have relapses of arthritis, in 20% arthritis acquires a chronic course with limited joint function and atrophy of adjacent muscles. Some patients develop flat feet as a result of damage to the tarsal joints. Joints of the upper extremities are rarely affected.

In 30-50% of patients, mucous membranes and skin are affected. Painful ulcers appear on the mucous membrane of the oral cavity and in the area of ​​the glans penis, balanitis or balanoposthitis develops. Stomatitis, glossitis are characteristic. Skin lesions are characterized by the appearance of small red papules, sometimes erythematous spots. Extremely characteristic is keratoderma – draining glasses of hyperkeratosis on the background of hyperemia of the skin with cracks and peeling mainly in the feet and palms. Foci of hyperkeratosis can be observed on the skin of the forehead, trunk.

In the absence of chlamydia in the scrapings of the urethra of the cervical uterus, seronegative arthritis can be regarded as chlamydial if there are signs of inflammation of the urogenital sphere, and chlamydial antibodies are found in the blood serum in a titer of 1:32 or more.

Instrumental research
X-ray examination of the joints reveals asymmetric periarticular osteoporosis, asymmetric narrowing of the joint spaces, with a long course – erosive-destructive changes, due to periostitis – calcaneal spurs and isolated spurs on the body of one or two vertebrae; pathognomonic spurs of the metacarpal bones and their erosion periostitis of the calcaneus and phalanges of the toes, asymmetric erosion of the metatarsophalangeal joints, in 30-50% of patients – signs of sacroileitis, often unilateral.

Have one reliable sexual partner or use a condom during casual sexual intercourse. Begin sex education from childhood.