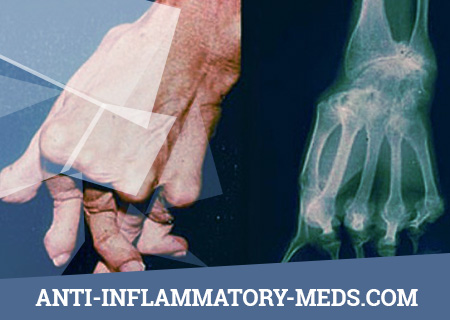 What is Felty Syndrome?

Felty’s syndrome is very rare, its descriptions in the literature are given in the order of casuistry. In children, it is less common than in adults. Therefore, since the time of A. R. Felty (1929), almost no significant additions have been made to the understanding of the essence of this syndrome. The disease proceeds similarly to the articular-visceral form of rheumatoid arthritis, however, the articular syndrome is not as malignant as with this form. More often, visceral manifestations come first. Pretty early, along with polyarthritis or a little later, an enlarged spleen is determined (tight to the touch, painless). Over time, it can reach large sizes.

The formation of anti-granulocyte antibodies against the background of rheumatoid arthritis, the frequency of HLA-DRw4 expression is reduced. Cytopenia is explained by hypersplenism, but splenectomy does not cure.

Some patients with Felty’s syndrome have infections, such as pneumonia or skin infections, more often than the average person. Low ability to resist inflammatory processes due to the low number of lymphocytes is the cause of frequent infections. The appearance of leg ulcers can complicate Felty’s syndrome.

In the early stages, leukopenia (up to 4–2-109 / l), granulocytopenia, anemia, thrombocytopenia, explained by most authors as hypersplenism, occur. In particular, neutrophils loaded with phagocytosed immune complexes undergo increased destruction in the spleen. A histological examination of the spleen reveals pulp hyperplasia, vascular overflow with blood and the expansion of sinuses, areas of necrosis. The latter are the result of vasculitis characteristic of rheumatoid arthritis.

Characteristic features are also an increase in lymph nodes (to varying degrees), pellagroid skin pigmentation in open areas of the body, progressive weight loss, amyotrophy, and liver enlargement. As a result of agranulocytosis, necrotic stomatitis, agranulocytic tonsillitis, sepsis and other infectious diseases can develop.

There is no specific analysis for the diagnosis of Felty’s syndrome. Diagnosis is based on the three pathologies mentioned above. Most patients with rheumatoid arthritis have antibodies in their blood.

Treatment for this syndrome is not always required. Rheumatoid arthritis is treated as usual, as standard. Treatment of recurring infections, leg ulcers, active arthritis includes rheumatism medications, such as methotrexate or azathioprine. Patients with serious infections need to be injected with a granulocyte colony stimulating factor every week, which helps increase white blood cell count. Surgical removal of the spleen is performed for the same reasons, but this has not yet been evaluated in lengthy studies.

Basic funds help not only to reduce the clinical manifestations of arthritis, but also to increase the number of blood cells:

Glucocorticosteroids are effective in high doses, with the transition to the regimen of small doses (<10 mg), relapse occurs. At the same time, the prolonged use of high doses of HA is not physiological in rheumatoid arthritis and leads to an increased risk of intercurrent infections in Felty’s syndrome. The use of granulocytostimulating factor seems useful in conditions of intercurrent infections and neutropenia. Assign 5 mg / kg / day, in the absence of effect after 2-3 weeks, the dose is doubled. Upon reaching a peripheral blood neutrophil level> 1.0´109 / L and maintaining this level for three consecutive days, the drug is canceled. Nevertheless, cases of exacerbation of RA against the background of granulocyte-stimulating factor have been described.

Surgical treatment of Felty’s syndrome.
In rare cases, with the ineffectiveness of conservative treatment, splenectomy is performed. It should be remembered that in 25% of patients neutropenia recurs after splenectomy. Splenectomy does not reduce the incidence of intercurrent infections in patients with Felty’s syndrome.