The word arthritis comes from the Latin word ‘arthron’ which means joint. Thus, any physical condition in the joint of a body is called arthritis. It is the inflammation, i.e. the redness, swelling or hotness, stiffness and pain experienced at a particular area of our joints in our body. It is a degenerative disease and can generally occur in any age, but generally occurs as people age.

In fact, arthritis has been the one of the major causes of disability in United States and many other countries around the world.

So much so that arthritis is being termed as the epidemic of the 21st century.

Signs and Symptoms of Arthritis

The other type of arthritis is Rheumatoid Arthritis (RA). In this case, it is the body’s own immune system which attacks organs and joints. The immune system of a person generally is designed by nature in such a fashion that it stops and terminate the invading bacteria, viruses and other foreign body. However, in the case of RA, the immune system goes into a hyperactive mode and instead of fighting foreign bodies, it attacks healthy tissues. In RA, the immune system assaults the synovium, which is nothing but the lining of the joints.

In the case of osteoarthritis (OA), the cartilage which protects the joint gets ruptured. This hinders and thereby makes the movement of the joints so affected painful and cumbersome. This, over a period of time causes bones to rub against one another, which is the created sever pain. The magnitude of the pain experienced by a person afflicted by osteoarthritis can be mild to very severe.

Fibromyalgia is the condition which affects the entire body. What happens is that the brain and the backbone, where there are millions of nerves, processes pain in a different manner. Thus, even a simple touch or a slight movement which not painful to others will be painful to a person afflicted by fibromyalgia.

It generally is widespread pain throughout the body. The pain can intermittent or constant. This condition also leads to other symptoms, like exhaustion, irregular sleep patterns, lack of concentration and mood swings.

Lupus is also an immune system induced disease which affects various parts of the body – organs, skin, blood, brain, kidneys and joints. It causes itchiness of the skin, exhaustion, loss of hair, oversensitivity to light and issues with kidney.

Gout, unlike rheumatoid arthritis and Psoriatic arthritis, is not characterised by inflammation throughout the body, but rather it is condition created by the body whereby it is not able to dispose off uric acid from your system or if your body produces too much of uric acid (hyperuricemia).

This excess uric acid in turn gives rise of crystals, which causes a very severe form of inflammation. Gout generally affects the big toe of a person. A person suffering from gout may feel good at the time of going to bed, but would end up feeling unbearable pain.

This condition affects a person's spine. Stiffness and pain are the features of this condition and leads to the amalgamation of the bones in a joint.

When calcium pyrophosphate crystals amass in joints, pseudogout occurs. It is an inflammatory arthritis. It is largely found in the knee, though it affects any part of the knee.

The chief causes of arthritis are as follows:

How to Prevent Arthritis?

Medical experts are of the opinion that sooner or later, everyone will contract arthritis in the course of time. The question is how do we delay the onset of severe forms of arthritis and remain with healthy joints for a prolonged time. 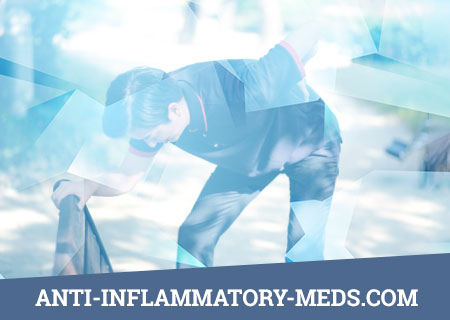 One research suggests that arthritis is a ticking time bomb. You may feel very energetic and over the top in your 30’s and the 40’s, but this is specifically the age where we need to give due consideration to certain things in our life.

The medical fraternity is divided whether or not arthritis can be revered or not. Some are of the opinion that it can be reversed with proper diet and moderate; while other experts believe that it is a life-long condition and can only be managed with medications and exercises.

Having said that, the major issue is at alleviating pain and in lessening the harm and injury done to joints.

With development in science and technology, many people use devices with assist with mobility for people with advanced stage of arthritis, to take the pressure off your joints

Physicians prescribe a number of medications to treat arthritis:

Many people undergo surgery -- such as knee and hip replacement -- where they replace a natural joint with an artificial one, which gives an extended period of movement and dexterity to people.

In extreme cases of arthritis in wrists and fingers, doctors usually perform an operation wherein the end parts of the patients’ bones are latched together until it heals to become one whole.

This therapy requires performing certain exercises that toughen and nourish the muscles in the nearby areas of the affected joint as an arthritic treatment.

Lifestyle Changes that need to be adopted

Arthritis Around The World