Gout is a medical condition associated with inflammation of the joint just like the case of arthritis and it usually situated in one joint. But there are cases where many joints are affected at the same time.

Factors that cause gout

Gout arises due to the increase in the amount of uric acid in a person’s blood stream. This acid which is usually produced when the body breaks down proteins in the blood called purines. These proteins are usually consumed as part of our daily diet. These protein deposits as crystals in the person’s joint causing pain and inflammation in the affected joint.

This makes the inflamed joint to become swollen, feel hot and look reddish in colour. Other known factors which could probably cause gouts include sweeten beverages and drinks, consumption of liquor, or any other thing that may cause harm to the kidney. Reduction in body fluid also known or referred to as dehydration, surgery, red meat and seafood among others could cause the onset of gout.

Factors which can trigger a rise in uric acid

Several factors can lead to potential rise in the level of uric acid in the blood. These factors include the following;

Hyperuricemia is basically an increase in the amount of uric acid in the blood. This happens when the body releases high amounts of uric acid as a result of a high consumption of protein which contains purines which the body has to breakdown, poor lifestyle or any other factor that could potentially harm the human kidney.

Obesity is a condition associated with increase in body mass also known as weight gain. This put the body under a lot of pressure especially since body organ function reduces drastically with obesity. With the pressure put on the body to remove impurities, the kidney could malfunction.

The kidney is designed to remove impurities from the blood, it accomplishes this feat by filtering the blood received inside the kidney and sent to the lungs and other parts of the body. This could likely cause the kidney to sometimes fall short in its duties due to one or a combination of many factors which may include

There are four types or stages through which gout progresses in a person. These stages are handled with different methods. With the right interventions, it may not proceed to the chronic stage. These stages are

At what age is gout likely to happen?

Gout could start from any age for a young adult. But it is predominant among people who fall within the ages of 30 – 60 years. Hence it will not be uncommon to find a young adult suffering from gout.

How do I confirm that I have gout?

The best way to confirm if the signs and symptoms a person is experiencing is actually gout is by carrying out a test which will show if the swelling and/or pain in the affected joints is actually caused by gout.

Uric acid is usually excreted from the body through the urine so testing the urine of a person can show if there are urates in the urine sample. This test should be performed in the hospital by trained personnel.

A positive result from this test is indicative of the presence of proteins which is a subtle pointer to a possible case of gout.

Another test done to confirm if a person has gout is the testing of localized fluid. This should be done by qualified medical personnel who collects fluid from any affected area and checks it using a microscope.

This procedure reveals the presence or absence of crystals formed by uric acid inside of the fluid. Where this is found, the person is said to have gout.

WHAT TREATMENTS ARE AVAILABLE FOR PEOPLE WITH GOUT

Gout is of different types and so different approaches are usually used or employed to treat patients by the physician depending on the type of gout they have. 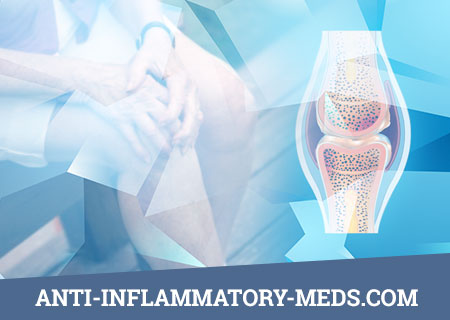 For acute gouty arthritis pain killers may be recommended by the physician to reduce the pain felt by people who suffer from these conditions.

Intercritical gout and chronic tophaceous gout require that a consultation with the medical doctor is scheduled and necessary treatment initiated. These stages may require that the person be hospitalized as they are always in pain. So only proper medical care and the right care by qualified doctors are required for person who are already at this stage.

At what point should I seek medical treatment for gout

It is necessary to seek medical help and intervention from a qualified medical practitioner the moment you begin to feel pain at the joint which last for about 9 - 12 hours and stiffness in a particular joint which limits movement. A scheduled appointment with the doctor for proper diagnosis and treatment will aid the treatment or reduce the progression of the disease.

Home remedies for a treatment of gout

Certain remedies which are overlooked can actually help in the treatment of gout. Chief among this, is good drinking water. When a person drinks plenty of water, the body of that person is properly hydrated ruling out dehydration which is a potential cause of gout.

Also the elimination or reduction in the consumption of certain kinds of food from the daily diet of a person living with gout like beans, meats and seafood which contain purine (protein) will reduce the upsurge of this protein in the blood. This in turn will lead to lesser amount of uric acid crystals being deposited at the joint.

Take beverages which don’t have excess sugar or those containing fructose sugar as these tend to cause more harm than good to persons living with gout.

Completely eliminate the consumption of liquor. However red wine can be taken in moderation.

Increase your daily consumption of freshly pit cherries. This has been proven to have great medical benefit for people living with gout.

Consume other alternative sources of protein in your daily food intake.

What possible complications could people who have gout suffer?

When a person have a history of gout which have been left unattended to for a long time, certain complication could likely occur. They are

Can Gouts Be Prevented?

Many lives could have been saved if people practiced prevention rather than running after medical intervention when the damage has been done. This means people should search out what to do to prevent the onset of gout.

Drinking plenty of water daily is an effective means of preventing gout. The consumed water helps to flush the kidney causing more uric acid to be passed out from the body and maintains the hydration levels of the body. This daily action which is largely overlooked by many is an effective means of preventing the formation of kidney stones which is a major cause of gout.

With the increase in the incidences of obesity, there has been a rise in the number of people who experience one kind of gout or the other. Where weight gain is not associated with genes, it is important for a person to strive to stay with him the limits of healthy weight range.

Obese people tend to have slower body metabolism which means that it will take a longer time for the body of an obese person to fully function and do the needful compared to that of a healthier person.

Avoid the use of alcoholic drinks and beverages which do more harm than good to the body. These drinks increase the workload of the kidney and could cause retentions in the body. This fluid retention could hold back more uric acid crystals in the body which is disastrous to the body in the long run.

Avoid the abuse of drugs even if such drugs were prescribed by the doctor for the treatment of an already existing illness. Many people fall into the temptation of thinking that because a particular drug was administered when certain symptoms presented itself, that same drug would be the cure for similar symptoms over and again. Taking drugs over and again without the doctor’s consent and prescription could lead to kidney malfunction.

The practice of buying drugs over the internet has led many to the grave. Be wise and make the right choice as many of these drugs contain harmful substances. By all cost, avoid the lure for self-medication especially where you assume you know the cure for a particular health challenge.

Avoid the consumption of large quantities of dairy products as it is said to be associated with the progression of gout in some.

Avoid the intake of processed carbohydrates in our daily dietary intake; instead eat small amounts of natural carbohydrates.

Avoid the consumption of certain sweet fruits such as banana, oranges and pineapple.

Foods which people living with gout should include in their diet